The divorce, judicial separation and financial procedures are separate but linked processes.

There is only one ground for divorce in this country – irretrievable breakdown of marriage. You can prove this by using one of five facts depending on your circumstances – separation of five years without consent of the other party, separation of two years with the consent of the other party, desertion, unreasonable behaviour or adultery. You have to have been married for one year before issuing a divorce petition.

The person issuing the divorce petition is the Petitioner. The other party is the Respondent.

The divorce process ends with the granting of a Decree Absolute which dissolves the marriage. The divorce gives either party the ability to make an application for financial orders. However, the application is made under separate proceedings.

The following orders can be applied for by either party:

All assets whether in sole or joint names are considered for division.

Both parties are required to make full and frank financial disclosure.

It is important to remember that if a financial agreement is not recorded and approved by the court at the time of the divorce, both parties’ financial claims will remain open indefinitely. If you remarry or form a civil partnership you will no longer be able to apply for financial provision in respect of your previous marriage or civil partnership. However, your former husband’s/wife’s claims will remain open against you. It is therefore important that you deal with financial matters sooner rather than later and at the same time as the divorce whenever possible.

Judicial separation is not a divorce or dissolution of a civil partnership. The parties remain married but all the normal marital obligations come to an end.

The same facts that are required to justify a divorce or dissolution of a civil partnership are required for judicial separation but it is not necessary to prove that the relationship has irretrievably broken down. The proceedings conclude with the granting of a Decree of Judicial Separation which provides that:

Judicial separation is sometimes considered when: 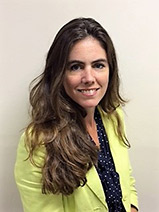 What can we do for you today?

Use this yellow button to leave me a message and I'll get back to you right away... It'll take 45 seconds to just fill in a few details.